GreenMT increases recycling at Local Councils by 15% in 2016

Green MT, the National Authorised Packaging Waste Compliance Scheme has held its Annual Awards under the patronage of the Hon. Minister for the Environment, Sustainable Development, and Climate Change, Jose’ Herrera and the Hon. Silvio Parnis, Parliamentary Secretary for Local Government.

The Green Awards have entered into their seventh year and thirteen awards were this year given to Local Councils, Producer Members (Importers), Schools, and individuals who have distinguished themselves in the sector of waste separation and final recycling.

During the Awards ceremony held at Giardini Lambrosa, Rabat, Green MT’s Chief Executive Officer Mr. Joe Attard said that in 2016 Green MT’s members had declared “21800 tons of packaging waste placed on the market of which more than 15,000 tons were collected and more than 13,100 tons were recycled.” The amount exceeded the minimum national recycling target set at 55%.

At Local Councils level, in 2016, Green MT managed to collect 5893 tons of recyclable waste from across 29 towns and villages in Malta and Gozo. Mr. Joe Attard said this means a 15% increase compared to 2015. More than three-quarters of that waste came from household waste collection, with 22.4 per cent collected from bring-in sites. Green MT manages 40 grey bag collections each week from these localities. Last year, Green MT has continued to operate the glass bottles and glass container collection and has managed to collect and recycle 348.67 tons, an increase of 91.6 tons compared to the previous year.

Mr. Joe Attard commended the continued efforts by all stakeholders to increase seperation at source and recycling. Green MT will be increasing its efforts both with continous Schools Campaigns and with a push to have a National Recycling Day on Environment Day starting in 2018.

GRTU President and Green Mt Chairman Paul Abela said that GRTU is committed to ensure the proper implimentation of the extended Polluter Pays Principle according to various EU Environment Directive. He augured the Government and Opposition to work hand in hand on Environment issues and said the GRTU will continue to work closely for the benefit of all producers and ultimetaly the whole nation.

The winners of the Green MT Awards 2017 are:

6. AWARD FOR INDIVIDUAL COMMITMENT TO RECYCLING

7. MOST SUSTAINABLE SMALL BUSINESS (in terms of packaging waste)

12. OUTSTANDING COLLEGE OF THE YEAR AWARD 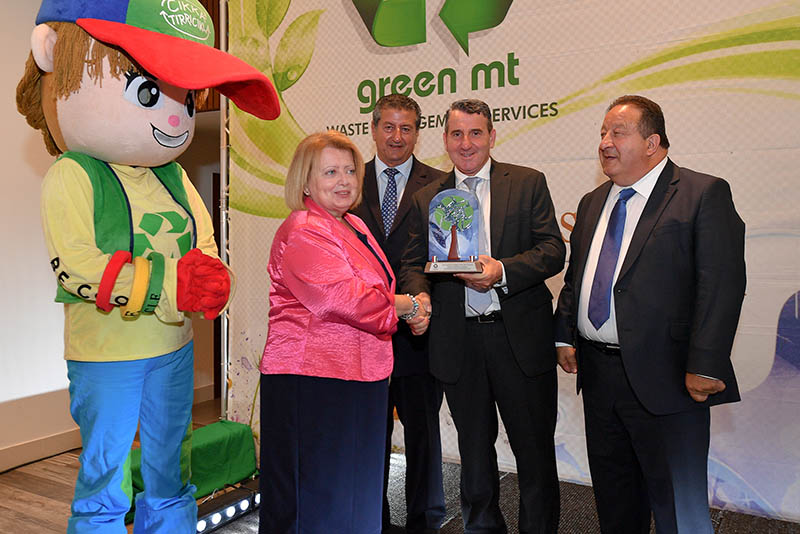 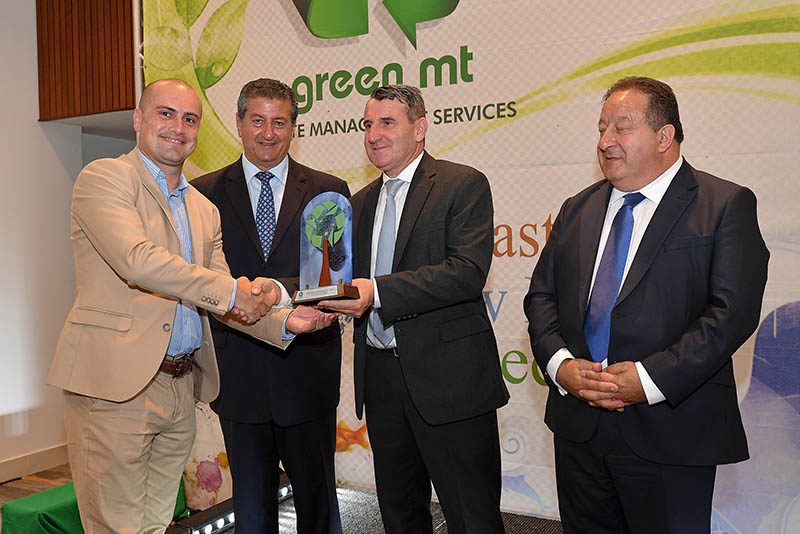 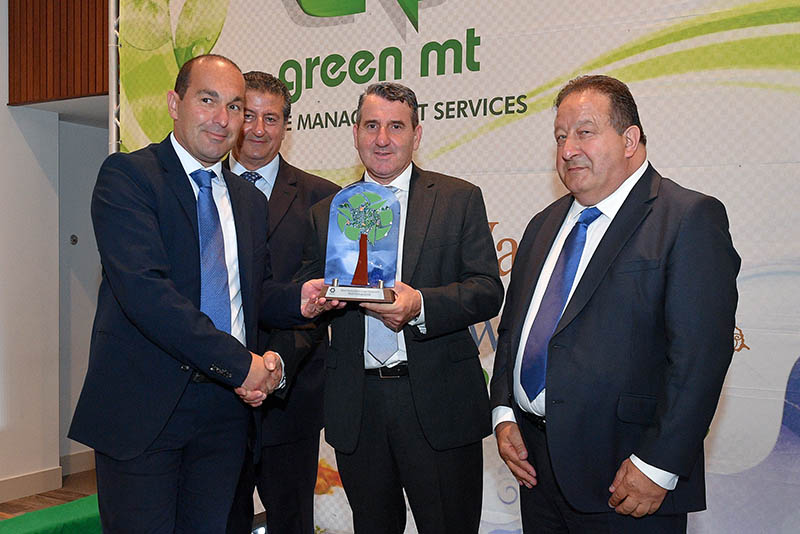 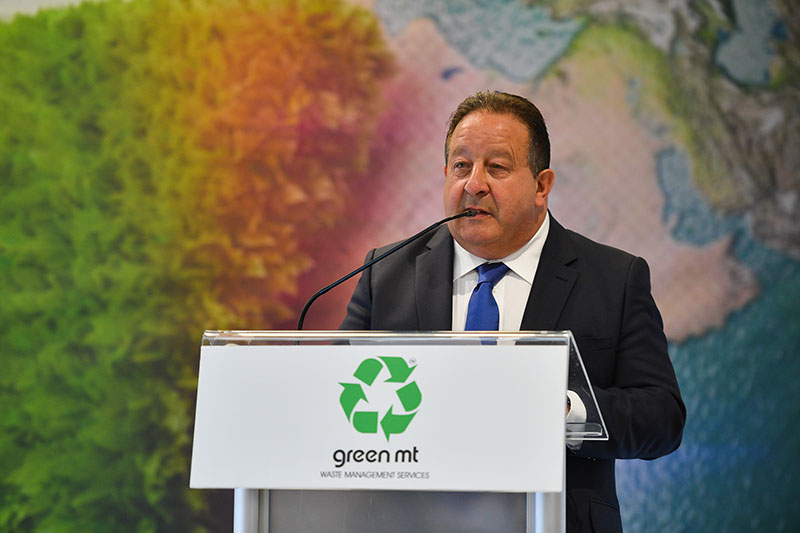