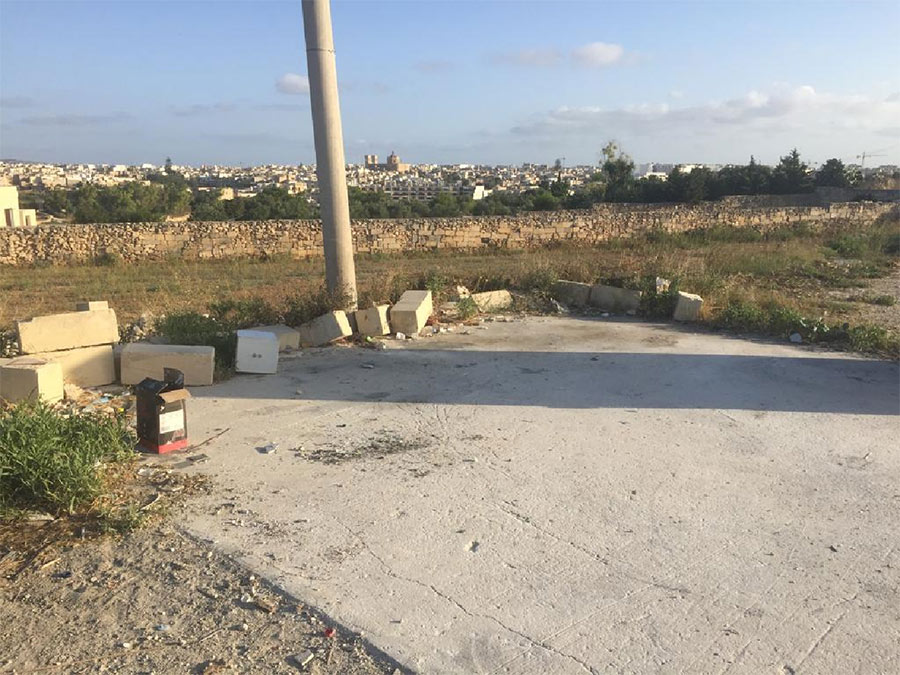 Green MT provides Bring-In Sites which are owned by the Scheme itself, to Local Councils free of charge, to enable the residents to deposit clean, source-segregated recyclable materials.
Bring-in Sites consist of four containers:

Recyclable materials collected from these bring-in sites are taken separately to the facility.

In Malta there are also Civic Amenity sites which are facilities where the public can take and discard various types of bulky household waste, including domestic hazardous waste as well.

Although having all these free of charge services, sometimes one can still find illegal dumping, also called fly dumping or fly tipping, which is the dumping of waste illegally such as dumping bulky waste on street corners, or even leaving garbage bags at bring-in sites at inappropriate times instead of using an authorised method such as kerbside collection or pay the fees charged by designated waste facilities or an authorised waste carrier to collect such waste in a proper manner.

Such a case happened for many times in a particular Bring-In Site which was placed in Triq Salvu Borg Olivier, Although even monitored by CCTV no one was ever handed a contravention at this site. Such abuse was never permitted by the Scheme. Green MT sends over the contractor to empty such bins and report bulky waste to be collected by the Local Council almost daily.

Green MT had to recently take action because of this abuse The Bring-In Site was removed and the area totally cleaned. This entailed quite an expense to the Scheme and clearly showed that Bring in Sites that are placed further away from habitable areas tend to be abused continously. The Siggiewi Local Council is working hand in hand with the Scheme to try and locate an alternative Bring In Site to place the said bins for use by those who are pro- environmental.